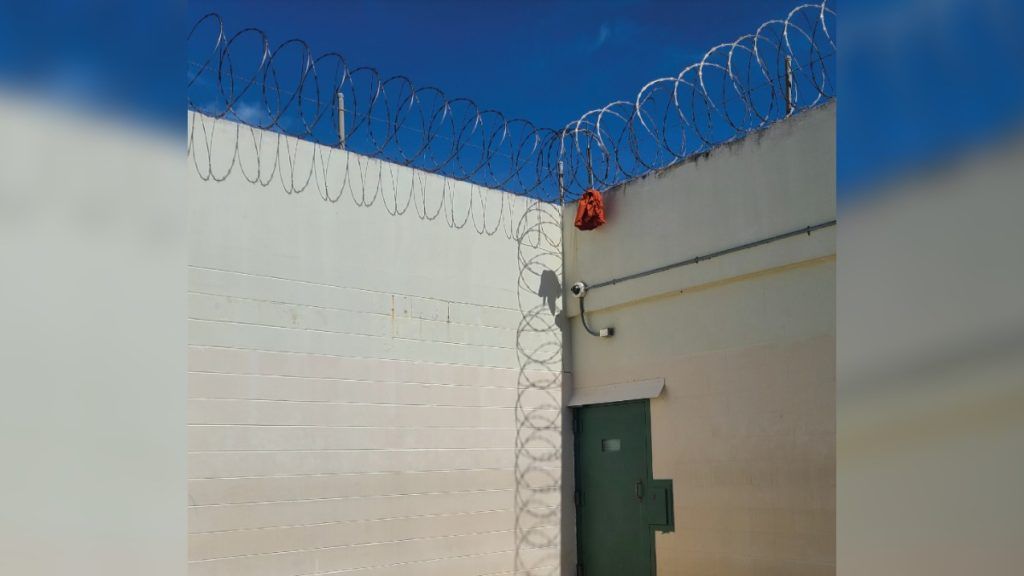 ST. PETERSBURG, Fla.(WFLA)— An inmate escaped from the Pinellas County on Wednesday morning.

Cody Jondreau was being held in jail for on an Ohio arrest warrant for murder. He is accused of killing his 9-week-old son, according to law enforcement.

Jondreau was arrested on May 11 in Polk County. He was waiting to be extradited to Ohio for his charges.

When he broke out the inmate was staying in the maximum security area, as reported by WFLA.

Jondreau reportedly scaled the wall in the recreation yard then crawled through the razor wire. The escape took less than 30 seconds. He then dropped eleven feet to the ground, where he was chased over a second fence.

Deputies chased Jondreau for the next ten minutes before he was aprehended once again.

Law enforcement said Jondreau broke his heel in the escape. He was taken to the hospital to receive care for his injuries. He needed 80 stitches for cuts he sustained during the ordeal.

Jondreau is currently in the Pinellas County Jail and will be transported to Ohio once he is medically cleared, as reported by WFLA.