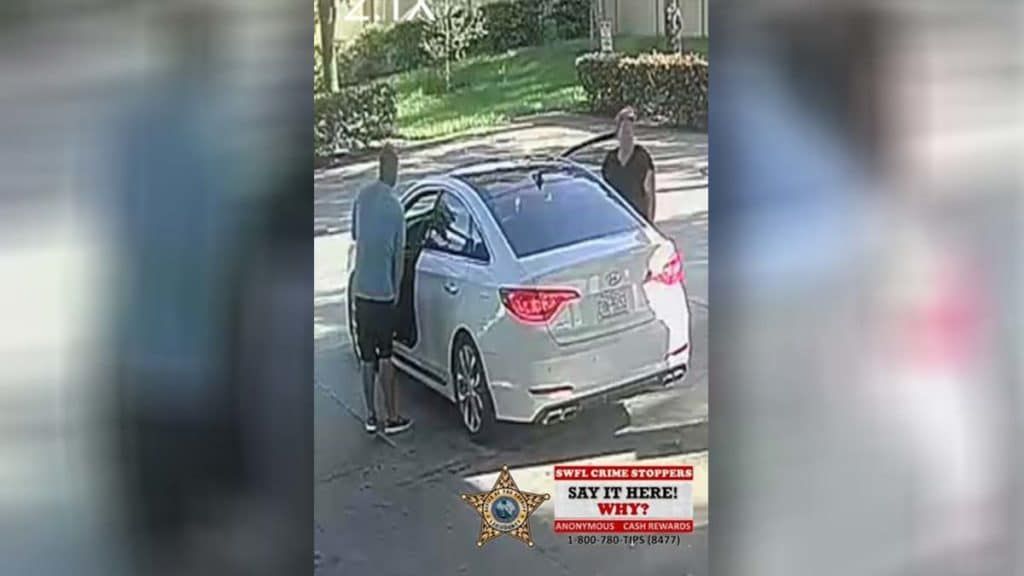 FORT MYERS, Fla. – Investigators are searching for a man that stole a woman’s Louis Vuitton wallet at a Fort Myers gas station.

The man pictured is suspected of snatching the wallet after a woman placed it on top of the gas station ice machine, according to Southwest Florida Crime Stoppers.

The theft happened at the Marathon gas station at 15260 McGregor Boulevard.

Investigators said the man was spotted on surveillance video taking the wallet and leaving in what appears to be a white Hyundai Elantra.

The woman said the wallet contained $800 in cash and other cards.

Investigators are asking anyone with information on the suspect’s identity to contact SWFL Crime Stoppers at 1-800-780-TIPS.