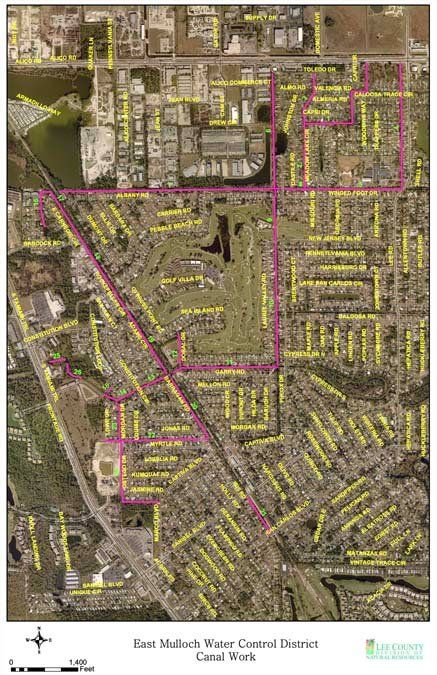 The county started to form a 3-phase plan to fix this problem after significant flooding in August 2017 followed by Hurricane Irma that September.

The first part of the plan involved the removal of blockages in canals, including several large toppled trees, that could cause further flooding.

The second phase included flooding assessments, and the areas were studied to uncover what caused localized flooding.

The mitigation is in the third phase.

The two companies hired to help on the project will be charged with cleaning certain canals in the San Carlos Park area, plus restoring drainage ditches and swales.

The county was given a $7.1 million grant from the state for the repairs. Work is expected to start this fall.