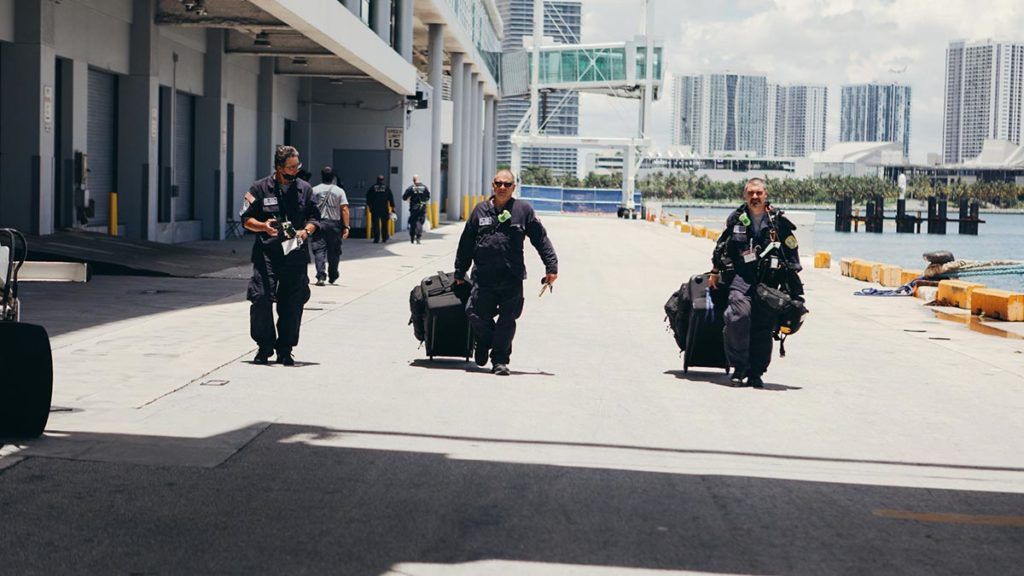 MIAMI (AP) — With housing options dwindling, a cruise ship will host hundreds of rescuers pouring into South Florida from across the country as they search for victims continues at a fallen 12-story condominium building near Miami.

Royal Caribbean cruise lines said it will host about 600 first responders onboard its Explorer of the Seas ship.

The ship, which can accommodate more than 3,000 passengers, began housing rescue teams Thursday and likely will continue for the next month, The Associated Press reports.

“This tragedy in our own backyard is heart-wrenching,” said Richard Fain, Royal Caribbean Group’s chairman and CEO. “Our thoughts are with the families and our whole community, and our thanks go out to the hardworking search and rescue teams. Providing them shelter is a small way to show our support.”

The company said it will provide individual staterooms, hot meals, laundry service, and Wi-Fi to its guests.

During a Friday morning briefing, Miami-Dade Assistant Fire Chief Raide Jadallah warned relatives of the missing that the search could be suspended again if Elsa — now in the eastern Caribbean — brings strong winds that would make the work too dangerous.

He also sought to forestall any misunderstanding that some rescuers who are now staying in tents would abandon the site to go “partying.” He said that because hotels in the area are heavily booked, some of the rescuers might be housed in cruise ships that can stay safe during a storm.