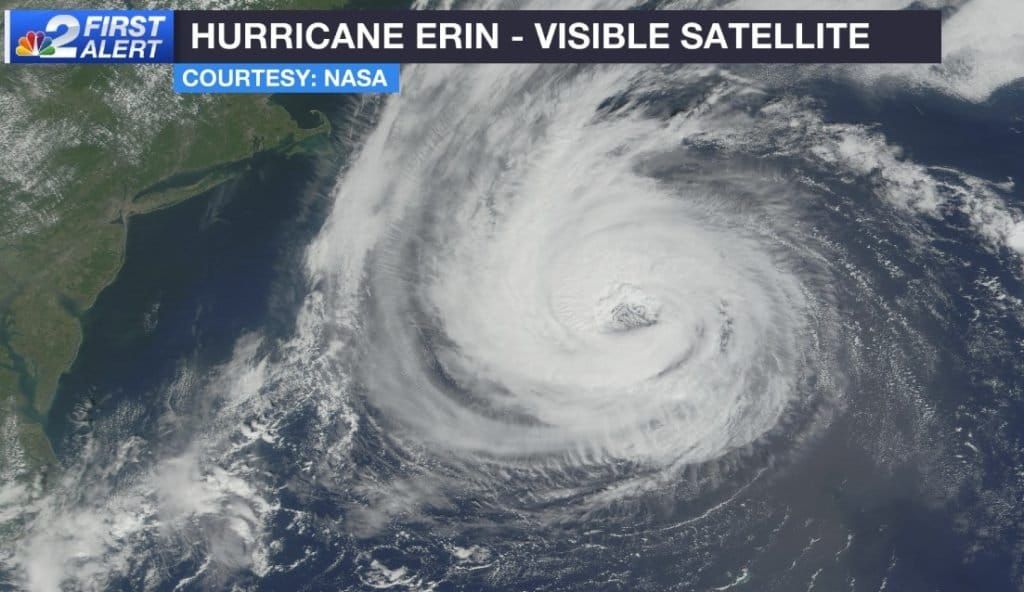 The storm that could have changed history

Anyone in New York on the morning of September 11th, 2001 will tell you just how perfect the weather was that day.  Brilliant sunshine, a deep blue sky, and mild temperatures with low humidity, and a light north breeze.

However, with a category 1 hurricane nearby, the weather and subsequent events of that day could have been drastically different.

In the days leading up to that fateful morning, a hurricane was tracking through the Atlantic, moving northwest towards the East Coast.

Hurricane Erin had formed a week prior across the tropical  Atlantic and began to strengthen on approach to Bermuda.

The storm reached major category 3 status as it passed just to the east of the island on September 9th.

Meanwhile, a cold front was driving south from the Great Lakes and pushing into the Northeast.

This front would move through New York City on September 10th, bringing cloudy and rainy weather to the area.

Once offshore, the front would then act to push Erin out to sea and away from land.  In its wake, deep blue skies would dominate the Northeast as high pressure moved in from the west.

In a stunning satellite image from September 11th, 2001, both Hurricane Erin and the smoke plume from Lower Manhattan are visible.

The haunting image underscores just how close that storm was to potentially altering the course of history that day.

Tracks like the one Erin took are not unheard of this time of year.

These tracks, curving along the coastline, are a result of cold fronts pushing them out to sea – something that becomes more common in the late summer months.

All of the hijacked flights on September 11, 2001, took off from airports in the Northeast.

It is safe to assume that if Erin made landfall in the Northeast, or tracked close enough, air travel would have been disrupted. However, whether an East Coast Erin track would have ruined or delayed the worst terrorist attack in U.S. history is something we will never know.

The post The storm that could have changed history appeared first on NBC2 News.