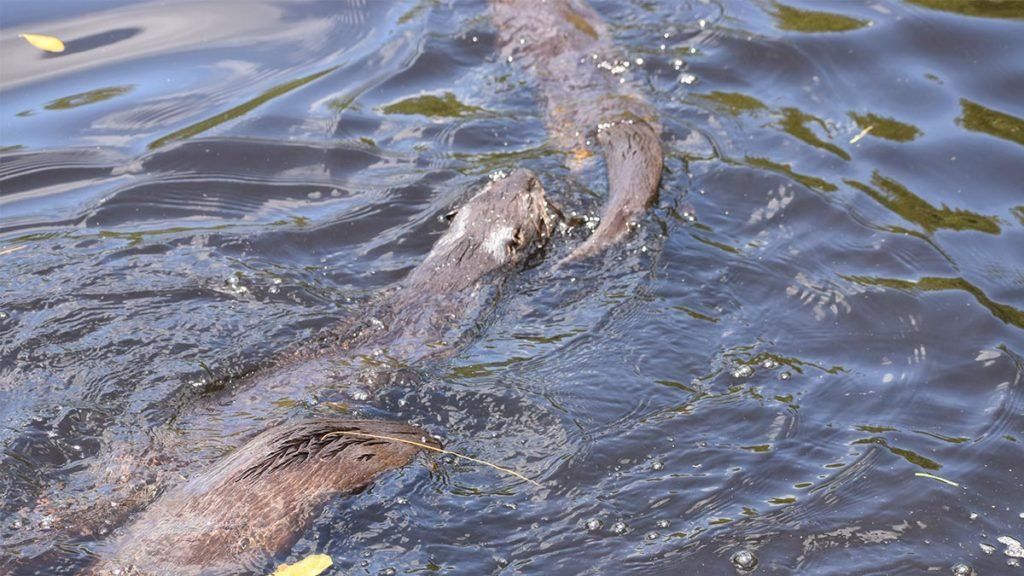 Three orphaned otters returned to the wild at River Park

SANIBEL, Fla. – Three orphaned North American river otters returned to the wild after being raised at a Sanibel wildlife hospital.

The Clinic for the Rehabilitation of Wildlife (CROW) said the otters were released at River Park in Bonita Springs.

The orphaned otters have been in CROW’s care since they were just a few weeks old. The wildlife hospital said the first otter pup, a healthy young male, was admitted on Feb. 10 after it was found on the side of the road in LaBelle.

A few days later on Feb. 12, a young female otter was transferred to CROW after previously being admitted to the Peace River Wildlife Center in Punta Gorda. Officials said the female otter battled pneumonia but quickly recovered under medical care before joining the male.

In early, March the third otter, a young female, was found alone in a drainage ditch and admitted to the Tampa Bay Raptor Center, CROW said. She was in good health when she was transferred to crow on March 10 to be raised with the other two otters.

North American River otters are very social creatures and otter pups typically remain with their mother throughout their first year of life, CROW said. Growing up with siblings is vital to their learning and development of important survival skills needed for life in the wild.

The otters’ development of hunting ability was aided by volunteer anglers who donated time to catch live fish.