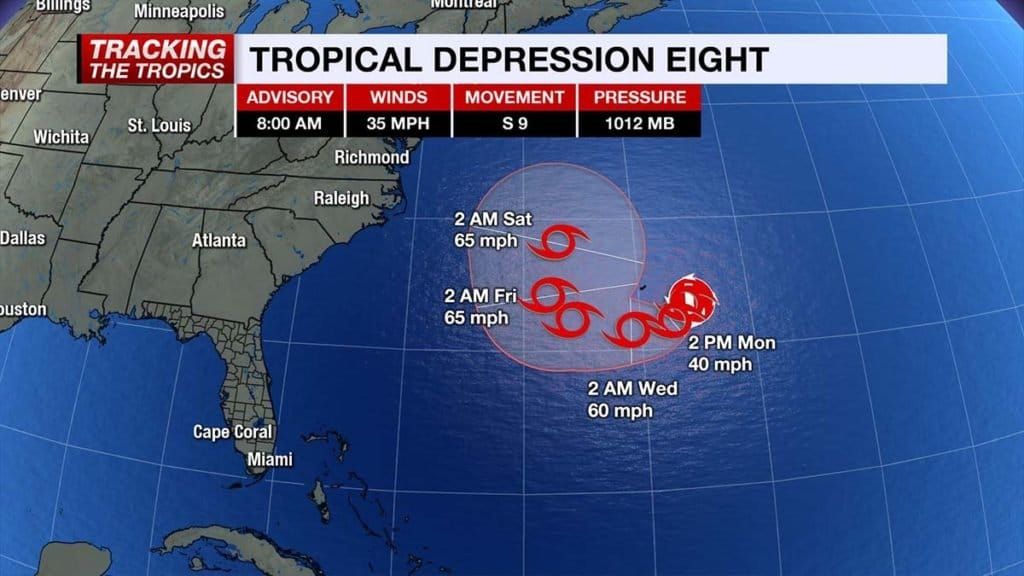 Tropical Depression Eight formed near Bermuda late Sunday night, and the storm is on track to strengthen into the 8th named storm of the season later today.

The storm hasn’t gained any strength so far today as it deals with fairly strong upper-level winds, but the National Hurricane Center is forecasting the system to strengthen into Tropical Storm Henri as early as today.

As of Monday morning, the storm is forecast to stay out at sea with no direct impacts to the U.S. mainland.

For the latest on this storm and more count on the NBC 2 Hurricane Tracking Team to keep you updated online and on air.