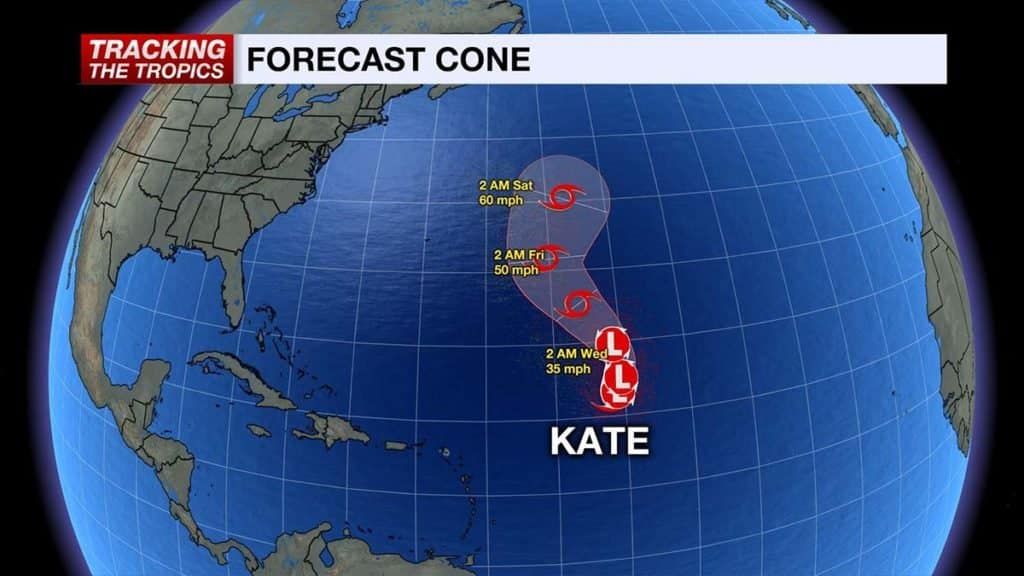 Tropical Storm Kate has formed in the central Atlantic with maximum sustained winds at 45 mph.

Formerly known as Tropical Depression Ten, Kate is forecast to gradually strengthen over the next few days as the system generally moves north over the open Atlantic.

Forecast models are in strong agreement the storm will stay out at sea and not threaten the U.S. mainland.

Farther out at sea near the coast of Africa, another strong tropical wave has a high chance of developing as it continues to move west. The National Hurricane Center gives the disturbance an 80% chance to develop in the next five days.

As of Monday morning, forecast models are suggesting the system will eventually get turned north, which would be a good sign for the U.S. mainland. However, we’re still in the early stages, and it’s hard to have a good handle on the track until something develops.

NEW AREA TO MONITOR IN CARIBBEAN

For Southwest Florida, there are currently no tropical threats in the next 5 days.

Count on the NBC2 First Alert Hurricane Tracking Team to keep you updated on any changes in the tropics, especially as we head into the climatological peak of hurricane season.