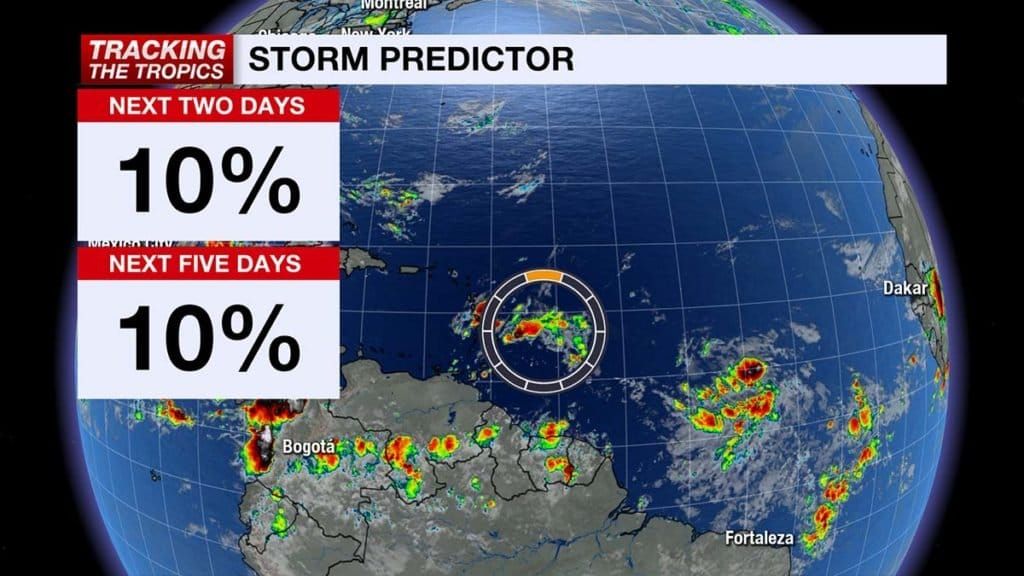 Two areas of interest in the Atlantic

Two tropical waves have the potential to develop as they move generally west-northwest through the Atlantic.

The first area of low pressure is producing disorganized showers and thunderstorms but is unlikely to develop over the next few days with only a 10% chance of development.

During the month of June, it is more common to see developments in the Gulf of Mexico or the Caribbean. As of now, those regions are quiet. The NBC 2 First Alert Hurricane Tracking Team will monitor the Atlantic closely over the coming days.

There is a good model consensus that both areas, regardless of development, will continue generally west-northwest fairly quickly over the next few days. It is too early to know if either area will impact the U.S.

The NBC2 First Alert Weather Team will keep you updated on air and online.

The post Two areas of interest in the Atlantic appeared first on NBC2 News.